Her expertise in family law has therefore earned her a reputation

as one of the most sought-after divorce lawyers in the country. In this article, we will examine the background of

her approach to divorce cases and her impact on the Turkish legal system.

İzmir Buca Divorce Lawyer Ayşe Ceren Ertürk was born and raised in Antalya, Turkey. After that She entered Ankara University and graduated with a law degree. After graduation she started her career as a lawyer specializing in family law. She quickly gained a reputation as an excellent lawyer

and she soon became involved in some of the most high-profile divorce cases in the country. First thing to remember Attorney Ertürk is married and has a child. It cares about reducing the negative effects of divorce on children. Who is İzmir Buca Divorce Lawyer? – For those who ask who Ayşe Ceren Ertürk is, this is our short explanation.

Ayşe Ceren Ertürk is known for her compassionate approach to divorce cases. She understands that divorce can be an emotionally difficult process,

and dignity throughout the trial. Especially She is also known for her ability to negotiate favorable deals for her clients,

Ayşe Ceren Ertürk has significantly influenced the Turkish legal system. She has been instrumental in changing the way divorce cases are handled in the country. Her approach to divorce cases has been embraced by many other lawyers,

leading to friendlier deals and less time spent in court. It is less costly because the problems are solved in a short time. Also, as an advocate for women’s rights in divorce cases,

she has helped them get fair and equitable settlements.

Above all Ayşe Ceren Ertürk is an exemplary lawyer who has deeply influenced the Turkish legal system. Her compassionate approach to divorce cases has helped countless clients reach fair and equitable deals. Another key point She was also preferred by many male clients. Because she argues that the indefinite alimony laws paid to that woman are not fair. Ayşe Ceren Ertürk is a true leader in family law and an inspiration to many.

Have you met Buca Divorce Lawyer Ayşe Ceren Ertürk? You can help others about their services by leaving a comment. 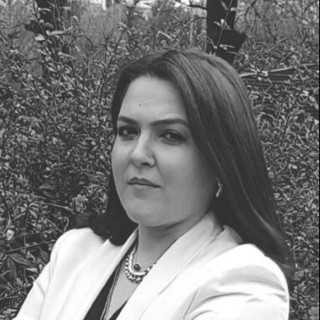